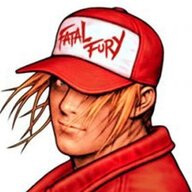 Is that a dude? Fucking strong ass forearms. 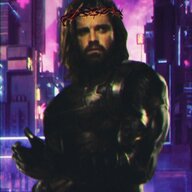 that mode was more fun than Resistance.

Shame they have the RE2 logo behind them that ruins it

If they only knew.

What a great idea it was to make horror games exclusive to a console made for family games, fucking brilliant...

I've talked about this before, but a lot of people missed this & I can go a bit more in details now as it's now years old lost media. So about the original scrapped version of Resident Evil 7. It started in late 2012 (right before RE6 was released) and was cancelled at the start of 2014 for what would eventually become the final RE7. This "RE6.5" also came from an era of RE with a LOT of experimentation, there was another RE7 that played similarly to RE4 but was set in Brazil, but not that concept but the one I'm about to say is the one that
got furthest into development.

It was directed by RE6's/Outbreak's director, it starred Leon and SOMEONE else but I never got a good confirm on who. It was worked on in MT Framework and mechanically played similarly to RE6. The idea was to make a more focused RE6-like game set in a singular expansive location, in this case a fictional floating city in Italy (based off of Venice, Italy). The game got into a playable state, there was a polished 30-45 minute slice of the game made that I hope one day leaks. The game featured Water-based BOWs, to my knowledge though aquatic life was included this more meant like, people & animals who had been drinking the water were infected. Now a weird thing I never got clarified was the characters literally used "water-based weapons", like actual water guns along with their normal weaponry. No I never got clarification on how water guns hurt water-based BOWs, but that apparently was part of the game's gimmick. It also had "RE3 Choice" type moments, where the game would suddenly slow-down (like bullet time) and you'd have to in a time limit make a decision in some dramatic moment, which these choices would provide splits in the level & different paths to take through chapters. They also focused more on environmental threats, like oil spills, fire spreading, infected water rising, both as dangers to the player & ways to take out enemies, so some cat & mouse with it. Apparently played up the "natural disaster" aspect of the outbreak.

I swear this is all true, & hope more details on it, or even a video of the demo made or something, come out some day for peeps.

To add to this chain, two clarifications from cvxfreak, Portugal not Brazil (I mixed them up in my head), and the second character with Leon was Sherry Birkin.
Click to expand...

Odd duo but literally anything is better than what we got.

Yeah, at least it's two characters people care about. Not some random nobody

I still see people defending it on FB. Like fine you like the game, but stop calling it a fucking masterpiece. It's not up there with the likes of REmake. I've never been so indifferent to a title in the series besides Eesident Rvil 3: The Search for More Easy Money.

Yeah, any annoying post that even looks like they are seeking validation I completely ignore. I don't care about random people in general much less about the junk they happen to like as long as they are not obnoxious about it, nobody cares about what they like and they just don't get it.

Resident Evil 7 is so obviously a mashup of Silent Hills and Outlast, with some “RE elements” thrown in for good measure. It’s not an RE game though. The Evil Within—and its subsequent follow up—are more like Resident Evil.

You guys should take the survey Capcom just posted, they want to hear your thoughts or opinions on village. Lol

I did it literally makes half a minute. Funny how they asked directly how you feel about Ethan coming back, I wonder how many people said it "extremely lowered their interest" because that's what I picked
You must log in or register to reply here.
Share:
Facebook Twitter Reddit Pinterest Email Link
Top